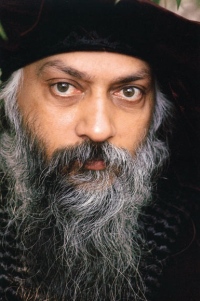 An Indian mystic, a spiritual master, enlightened at the age of 21, left Earth in 1991. Deeply loved by many and also hated by many other people. He has inspired lives of hundreds of thousands people and declared by the United States to be the number one criminal, chased away by many European countries for his strong support of the freedom of the individual.

He creates Multiversity – a therapeutic environment meditation and therapy meets. In other words, the scientific Western approach and the Eastern mysterious are going together. To do this he was inviting the best therapists of their time to work there, teaching them how to bring meditation and awareness into their work. Osho creates 3 meditative therapies, the last one of which, at the end of his life, called Mystical Rose is considered a masterpiece. 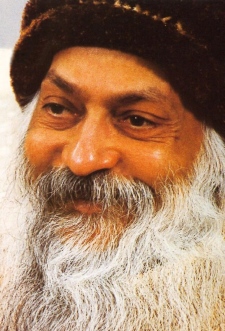 Osho was giving discourses in response to questions of his sannyasins (spiritual disciples). In recent years, over 10ooo people have been gathering on those discourses. They were lasting about an hour and a half and most were recorded audio, later and video, after which they were written down as text in numerous books (over 400), translated in several languages. Those records make it possible to listen the original Osho today without misinterpreting his words. He says he’s talking so that we can hear the silence, silence that is between words. If he is just silent, we will fall asleep. That is why he talks in a specific way with long pauses between words, that are getting longer and longer with his age. These records are an invaluable heritage, bringing a lot of clarity on many life topics. They help one to become more aware, to take responsibility of one’s actions, as a mature individual.

Osho’s perspective is extremely rich. He has read over 5ooo books. In Pune (India) he creates a commune where his sannyasins live and work in a new way. He calls it an experiment. At certain time he moves into his silence period, saying that his sannyasins are already ready for this new kind of deeper communion with a spiritual master. For this period he was only speaking a little on practical matters with his secretary Sheila. She relocates the commune to Oregon (USA), where they turn a piece of desert into an oasis. Sheila commits a bunch of crimes, including murders. She steals a significant amount of money, abusing the immanence power she was given by Osho. The States are getting furious about Osho and his Commune. The situation gets really bad and Sheila leaves the commune. On the next day after three and a half years in silence Osho has started spiking. 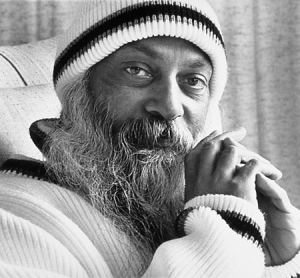 The States arrest him and force him to leave the country. Secretly they poison him with poison that leaves no trace – radon. He should have died within a maximum of a year. He lives 10 more, returning to Pune, continuing to give discourses in growing intense physical pain.

Osho says that he is a fire, not a balsam, to be able to burn, all that is not needed to free the individual from his conditioning. An exceptional protector of individuality – that everyone can be what God has given him, for which he came to this world. His have said that he is ready to sacrifice the entire history of humanity in order to save just one single individuality.

Life around him was an extraordinary thing, but not easy. He challenged many people, taking them out of the tracks, from the paved roads. 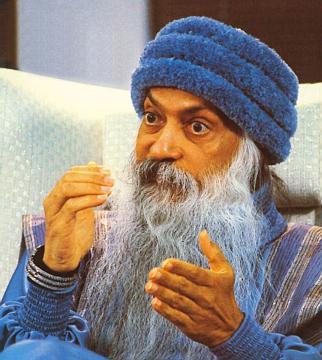 During most of his life he used the name Baghwan as a spiritual master. Towards the end of his life, he says that he is no longer that person – Baghwan, that he no more a person. Then his lawyer suggests that they use the name Osho, coming from the ocean a symbol of infinite wisdom, life and the merge of separate drops into one ocean, losing their ego.

He wished that there would be no teaching by his name, and that he should be forgotten after his death. He was for Buddha, but not for Buddhism, for Jesus, but not for Christianity… Because these teachings dangerously become an aspiration to live somebody’s else life which destroys individuality.

[written by Dimo on memoirs of stories told by sannyasins, biographical books and Osho talks, with no pretentious of completeness and 100% truthful]